How I avoided gallbladder surgery 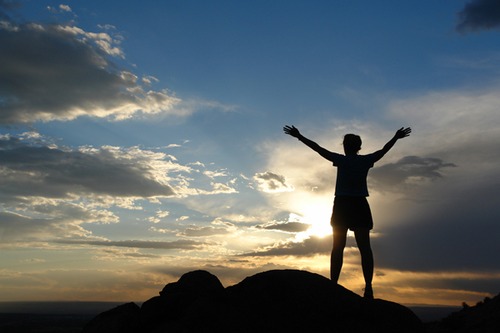 One year ago today I was diagnosed with Acute Cholecystitis - an inflamed gallbladder with gallstones. I had experienced very occasional gallbladder attacks for a year prior to that, but at the time I attributed them to severe heartburn or indigestion. When I had 2 attacks within the span of 3 days last December, I knew something was wrong and I went to the doctor. Based on my symptoms, my doctor suspected it was my gallbladder and sent me in for an ultrasound. Sure enough, the ultrasound revealed a sick gallbladder with gallstones, the largest being 2 cm in diameter. Fortunately, no stones were blocking the bile duct. That can cause several other complications and I would have opted for surgery in that case.

My doctor referred me to a surgeon anyway, as the widely accepted "remedy" for gallbladder problems is to just have it removed. But I was determined to avoid surgery if at all possible. I figured God gave us a gallbladder for a reason and I wanted to take better care of it and heal it if I could. So I began my research into alternatives and, thankfully, whatever I have been doing since my diagnosis seems to have worked so far.

I wanted to share what I have done - what has worked and not worked for me - in the hopes that this information may be helpful to others experiencing gallbladder troubles.


I have primarily avoided foods high in fat content, especially fried foods. The gallbladder holds bile produced by the liver. When large amounts of fat enter the digestive tract, the gallbladder contracts to release bile into the intestines to aid in digestion. If the gallbladder contains gallstones, they can impede the flow of bile and can also cause the gallbladder to become inflamed as it tries (and fails) to contract around the stones.


I have paid very close attention to nutrition labels and completely stopped eating many of the foods I used to. Kettle-cooked potato chips, for example, were a favorite of mine. But they have very high fat content. I had to quit those cold turkey.

I also pay close attention to restaurant menus and avoid places with few or no low-fat options. That cuts out most fast-food and "American cuisine" places. I haven't had a good ol' "burger and fries" in a year. When I do fast food, I look for healthier places like Subway.

I never ate breakfast before, but I forced myself to start. I think this has helped get my metabolism back to where it needs to be. I now consider it essential. It makes me feel better in the mornings.

I used to be pretty terrible at staying adequately hydrated, so I've made a conscious effort to drink more water and I carry a water bottle around with me if I have to.

I made the conscious decision to stop fasting, as I found that I felt worse when I didn't eat regularly than when I did. This has not been an easy decision for me, as I want to be a faithful Latter-day Saint in Fast Sunday observance, but as I have counseled with the Lord I feel it has been the right decision for me. Now that I am approaching a year of this new lifestyle, I may try to start fasting one meal each month and pay close attention to how it affects me.

Changing my diet has not been easy. I've fought off cravings, felt left out at events where food was served that I couldn't eat, and had times where I almost gave in. But the memory of those terrible gallbladder attacks has kept me in check. And really, you'd be surprised how many great things there are to eat that have little or no fat content.


Before I was diagnosed, I never took any supplements on a regular basis. I started right away and I truly believe they have helped me. I fully acknowledge it may be a placebo effect, but whatever it is, it's working for me.


For a while, I also mixed in aloe vera juice with that "morning tonic" and I believe that helped. I've read many accounts where aloe vera, taken internally, has shown many health benefits, including promoting a healthy digestive tract. Full disclosure, I am a distributor for Forever Living Products (have been since long before my gallbladder troubles), which specializes in aloe vera based products, and it is their Forever Aloe Vera Gel that I have been taking. You can also find aloe vera drinks at most health food stores, but I do not have any experience with them so cannot vouch for any in particular.

Currently, I take the following supplements each day:


Forever Daily is a multivitamin (also by Forever Living Products). I know I'm not getting all the nutrients I need from the food I eat. I also know that a multivitamin is not a "magic bullet", but I figure it can only help. I take 2 tablets with breakfast.


If there's one supplement I could recommend, it would be this one. It is an herbal supplement, and I noticed a big improvement in how I felt soon after I started taking it. I take 2 capsules 3 times a day (with each meal). I order mine on Amazon: http://amzn.to/1O8cagb


A trusted friend and naturopath suggested taking malic acid. As I understand it, this can reduce the amount of cholesterol produced by the liver. Since most gallstones are made of hardened cholesterol, the theory is that, at the very least, malic acid can prevent existing ones from growing larger and new ones from forming. I take 2 capsules with breakfast. I order this on Amazon, as well: http://amzn.to/1NwVNsV


I added this one recently after reading that, among the many other benefits of Vitamin C, it can also help with gallbladder troubles. The multivitamin I take has some Vitamin C in it, but I felt I needed more. I take one 500 mg tablet each morning with breakfast. The brands I have used have varied.

I also try to make sure I get enough sleep - at least 6 hours a night, but 8+ is better. The health benefits of getting plenty of rest are well documented.


I have not had a serious gallbladder attack since before Christmas 2014. I have lost nearly 40 pounds and I feel like I have more energy and vitality. Losing that weight has also been good for my neck and back.

That said, I don't feel like I'm "out of the woods" yet. I haven't had another ultrasound since my diagnosis, but I wouldn't be surprised if another one showed the gallstones are still there and my gallbladder is still unhealthy.

My doctor is no longer insistent that I have my gallbladder removed and seems to be fine with letting me stay my present course, but it is his opinion and experience that I am probably only delaying the inevitable and that I will have to have surgery eventually.

Regardless, I feel like the changes I have made have benefited me far beyond just my gallbladder. That motivates me to keep going.

Disclaimer: Information in this article is based on research from the internet, books, articles, studies, and personal experience. Statements in this article have not necessarily been evaluated and should not be considered as medical advice. Products or treatments mentioned in this article are not intended to diagnose, treat, cure or prevent any illness or disease. For diagnosis or treatment consult your physician.
Labels: diet food gallbladder health supplements wellness