Skip to main content
Labels
Posted by Dallin Crump May 03, 2014

Question: Don't libertarians support gay marriage, while Mormons oppose it? How can you be a faithful Mormon and also be a member of the Libertarian Party? 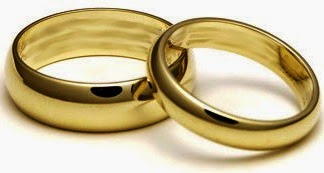 The only mention of marriage in the Libertarian Party Platform is in Section 1.3:

Sexual orientation, preference, gender, or gender identity should have no impact on the government's treatment of individuals, such as in current marriage, child custody, adoption, immigration or military service laws. Government does not have the authority to define, license or restrict personal relationships. Consenting adults should be free to choose their own sexual practices and personal relationships.

The official party stance is that it neither approves nor disapproves of gay marriage itself, but that the State should not be involved in marriage in the first place. We simply support the right of the individual to choose, and oppose State interference with that choice.


For clarification, the beginning of Section 1 of the platform states:

When I married my best friend, Cara, the only parties involved in the ordinance itself were me, her, and God. The State required that we obtain a license, but even if the license were not required, it would not make our marriage any less valid or binding in our eyes or the eyes of God.

I personally believe that marriage is a sacred institution ordained of God, and that it is between a man and a woman. However, I do not believe I have the right to use the State to force others to adhere to this belief. For when you involve the State in anything, you also involve its force - its violence. I prefer to follow the example of Jesus Christ - of whom I am a disciple - in promoting what I believe to be the true and correct definition of marriage by persuasion and example, not by force.