I'm one of the few guys who admit they love Anne of Green Gables.

I grew up watching the Sullivan Entertainment, made-for-TV "Anne of Green Gables" movies on PBS in the 80s and they have ever remained among my favorite uplifting and entertaining family films. And I did have quite the crush on Megan Follows and her enchanting portrayal of Anne Shirley.

The original Anne of Green Gables books, by Lucy Maud Montgomery, are just as endearing.

Anne has such an optimism and zest for life and curiosity about the world around her. It's contagious. She is also notorious for her vivid imagination and getting herself and her friends into interesting and often humorous predicaments - "scrapes" as she calls them.

In the aftermath of one such scrape in Anne of Green Gables (the book), Anne is talking to Marilla (the woman who adopted her) and in this small conversation a gem of truth is taught: 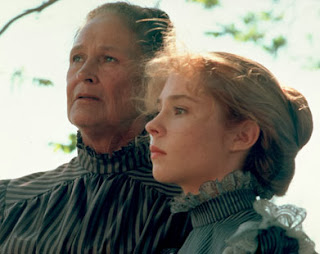 "Marilla, isn't it nice to think that tomorrow is a new day with no mistakes in it yet?"

"Yes, and well I know it," admitted Anne mournfully. "But have you ever noticed one encouraging thing about me, Marilla? I never make the same mistake twice."

"I don't know as that's much benefit when you're always making new ones."

"Oh, don't you see, Marilla? There must be a limit to the mistakes one person can make, and when I get to the end of them, then I'll be through with them. That's a very comforting thought."

I love that! Tomorrow is a new day with no mistakes in it yet. I try to remember this on those days when I know I've really messed up and need to do better. And I love Anne's optimism for the future, about learning from her mistakes and hoping for a day when she will eventually stop making them.

I liken that to my own personal quest to be more like God, who is my Father in Heaven, and is a perfected being full of truth and love. I have a very long way to go to be like Him. It sometimes seems like an impossible goal. But you have to start somewhere. To quote ancient Chinese philosopher Lao Tzu: "The journey of a thousand miles begins with a single step." And thanks to my Elder Brother, Jesus Christ, I know I have the opportunity to repent - to overcome my sins and shortcomings - and to draw nearer to that exalted destination one step at a time.

So when you're being hard on yourself over your weaknesses and shortcomings, just remember what Anne said:

Tomorrow is a new day with no mistakes in it yet.


(Read Anne of Green Gables for yourself. It's great!)